Where Has She Been My Whole Life? 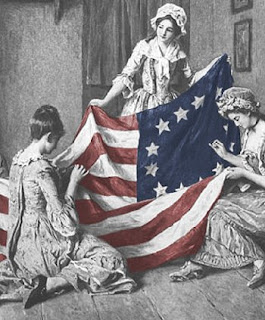 Today I was going to write a blog entry commemorating the 232nd anniversary of The Declaration of Independence, putting forth the argument that the American Revolution may have been the only revolution in world history to have arguably succeeded. But then something else happened that quickly diverted my thoughts from liberty to romance!

Quite by accident, I found my dream girl today--on television of all places! As I've mentioned before, the only time I watch television is either when I'm in a hotel or house-sitting for friends. When I find myself in either of these situations, I generally keep the set turned on with the volume muted while I write, periodically turning up the volume should something pique my interest--like Turner Classic Movies' late-night airing last night of the 1975 Warren Beatty classic, Shampoo.

Anyway, this afternoon I had been watching an old episode of "Jeopardy" on the Game Show Network. During the commercial breaks, I compiled notes from the original Declaration into a Word document in order to set forth my thesis of a "providential" revolution in America--that is, the idea that the American Revolution succeeded because it was the will of God; or, in Jeffersonian terminology, the Creator.

Ironically, "Jeopardy" concluded with a final question about which state--one that would later be divided into three states--was the largest at the time of the Revolution. Virginia, of course, was the correct answer.

However, by this point, I was no longer certain that I wanted to continue with my original idea for a 4th of July blog entry. Mostly because I wasn't sure about the original hypothesis. All historical evidence indicates that the communist revolution failed miserably. But can we say the same for the French Revolution? True, it was a very bloody affair, but didn't it likewise succeed in eliminating the power of the monarchy over its subjects--even if that power was merely transferred to a vindictive bureaucracy?

Not only that, as I stared dejectedly at the computer-animated car advertisements and heard all the obligatory deadpan voiceovers speaking in droll tones about "interest rates" and "APR financing" that followed Alex Trebek's final wave to the studio audience, I couldn't help but wonder--maybe the American Revolution didn't succeed after all.

Or perhaps America is due for another revolution. Perhaps some violent thrust is needed to topple the archaic triumvirate of big business, the media, and the two-party political system that truly governs the sedentary American minds of today. A revolution not of the left, not of the right, but of the common man haplessly stuck in the middle; those whom the original crafters of the Declaration had in mind when they wrote:

". . .all Experience hath shewn, that Mankind are more disposed to suffer, while Evils are sufferable, than to right themselves by abolishing the Forms to which they are accustomed."

I decided at this point that time spent outside was what I needed to clear my psyche and organize my cluttered thoughts. So I muted the sound on the television and left for McDonald's.

When I returned an hour later, I found that my three double-cheeseburger repast had done little to alleviate my hesitancy in moving forward with my project, for my thoughts were now sharply divided between a love for an America that once was and an utter contempt for an America that now exists.

So I sat down at my absent host's upright Kawai piano and pecked out some blues riffs, periodically glancing at the muted television still tuned to the Game Show Network.

A game show called "Friend or Foe" was in its final ten minutes. With the sound turned down, the objective of the game remained a mystery to me. That didn't concern me, however. I wasn't interested in the rules of play. What primarily interested me was the hostess standing behind the podium: 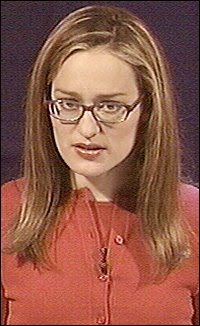 Who is she? I couldn't take my eyes off of her. With my fingers treading lightly on the high notes of the Kawai, I stared, mesmerized by this unnamed beauty. I wish I could post a video here to show her in action. The way she flipped her hair teasingly when turning to face each contestant; or how she would dip her head and stare above those sexy frames as she anticipated each correct or incorrect answer. Had I not been so transfixed, I perhaps might have been able to rush to the television and turn up the sound to hear her accompanying voice--which, I have no doubt, must have been as angelic as her precious face. But I was frozen; my only physical movements were the depressing of the Kawai's ivory keys into isolated minor chords. Who is she? I thought, over and over again, in those final ten minutes.

As the credits rolled for "Friend or Foe", I found the answer to my question. At the bottom of the screen, I read:

Under Google Images, I found such photos as the one above as well as these priceless beauties: 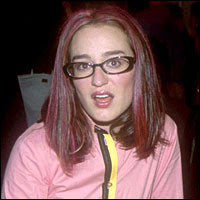 It turns out she used to be a veejay for MTV back in the 1990s. Normally, that would repulse me, but I doubt even the most iconoclastic heterosexual man would be repulsed by this modern-day Venus. Here's an earlier one of her from the MTV days--notice the really sexy horn-rims and curly hair: 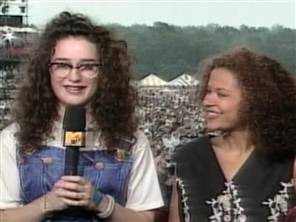 She's my physical type down to a T! Quite possibly the sexiest woman who's ever been on television! Where has she been all these years? Why haven't I watched more television? God, I've wasted so much of my life with reading and writing!

Before long, I found I wasn't thinking of the American Revolution anymore. I was thinking only of Kennedy.

Kennedy, Kennedy, sweet, sweet Kennedy! I was determined to find out all I could about her. But first, I needed more pictures. After ascertaining her first name was Lisa, I dug up the following: 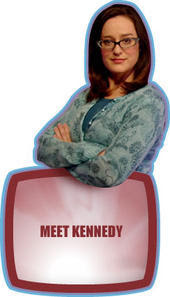 And here's a real stunner: 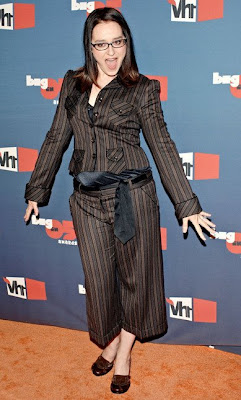 And to those who don't understand my fetish for brunettes in glasses, feast your eyes on this: 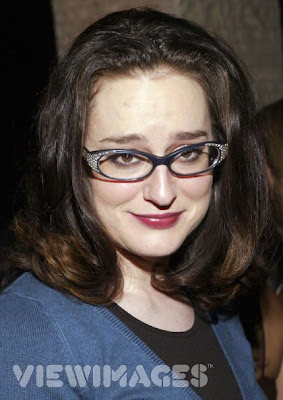 Having put the Declaration of Independence far from my mind (like most Americans) I realized the time had now come to move away from physical concerns and find out what I could about Ms. Kennedy's personal history; her likes and dislikes; her personality; where she came from; what she was doing now.

Since she had been a veejay for MTV, I didn't expect to find much that I would like. I hold MTV responsible not only for the ruination of popular music, but also the snuffing out of a flickering hope for a youth subculture guided by intellect and reason instead of shallowness, greed, and predictable leftist politics. Once I could confirm this via her Wikipedia entry, or so I thought, I could then proceed to masturbate to her pictures, divesting myself of her mental image upon orgasm in order to get back to work--which is how all MTV sluts should be treated by any rational libido, regardless of sexy horn-rimmed frames and luscious lips.

Here are some things I discovered about Ms. Kennedy.

She's one year older than me. Born in '72. A Nixon baby, just like me. We should have at least a few things in common.

She's an Eastern Orthodox Christian. One of the most cerebral of all the denominations--very sexy!

Has a pink Republican elephant tattoed on her upper left thigh. WHERE ARE YOU, KENNEDY? I WANT TO RIP YOUR FUCKING PANTIES OFF AND EAT THAT WET GOP PUSSY WITH MY LIBERTARIAN TONGUE!

Wait a second. What's this?

You right-wing neocon soccer mom! I hope you get assassinated by the corporate military death machine! Your days are numbered, Zionist pig! Just like BushHitler!

The revolution will not be televised.

The Revolution that will fight against those who have "erected a Multitude of new Offices, and sent hither Swarms of Officers to harass our People, and eat out their Substance"?

Oh, Kennedy, though I can't be with you physically, I am with you politically. 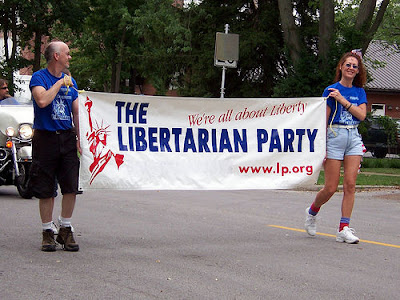