This is nothing fancy other than to say that I haven't been blogging regularly because I have started another podcast episode again.

It looks like this will be the final installment in the "Things We Did Before Reality" series. . .

This is not to say that later on, I might not begin a new series called "Things We Did After Reality" or simply "Reality". . .

This is shaping up to be a special hour-long episode. And I am trying to make it a masterpiece. It is my plan to have it up by the end of March or sometime in early April.

I am looking for patrons to help me finish this particular episode. It wouldn't cost much--if any of you wanted to kick in a dollar or five dollars or whatever at www.willfranken.libsyn.com it would be greatly appreciated.

I don't know any other way to say this, but I am absolutely out of money. I know, I know, I should have gotten a job. What can I say? People like me either work in convenience stores or we create great works of art. I decided to invest everything into creating great works of art. Consequently, I came out on the losing end of the stick. Financially, that is. Not artistically. I did okay artistically. Which is why I didn't financially.

If any of you heard the ending of the last episode, "BANG!", you'll know the sort of stuff I've had to put up with from "industry" people over the years. (They used to just say they didn't know how to make money off of me, now they say they don't know how to make money off of me AND I'm on the "wrong side of 30") Anyway, I'm too tired and jaded to suck their cocks anymore. I hate them all. I wish they'd just fuck off and die. But they won't.

And I refuse to become a businessman. If they have a hard time describing what it is that I do, I'm not much better at it. I just do it.

See, I really have no choice in the matter. I tried to explain this to someone the other day--why I don't leave the house after I've decided to start a recording project; why it's hard to wash myself, clean my clothes, eat (I didn't have anything today until 9:30 pm, a slice of Kraft cheese on some wheat bread), or answer the phone--the only thing I can say is that I've always been somewhat of a prisoner to my creativity. And the more I began to discover the possibilities of recorded sound, the harder it was to let go of the urge to dive fully into the abyss without looking back. . .

So I'm going for broke on this one. If I have to go off and live the "normal" life just so I don't have to scrounge around like a rat, passing a hat at "underground" theatres and getting banned for doing so, well--I'm gonna leave behind a really good body of work with a nice cherry on top when it's all over.

I'd like to thank all of you who have contributed thus far. God bless you all. . .

I love you all and you will be in my heart as I complete this latest project.

Is America Ready For A Half-White President? 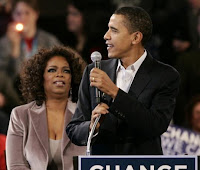 We know America is ready for a black president.

She's been ready for a black president ever since George The Terrible embezzled the election of 1492.

But is she ready for a half-white president?

In other words, what if the black man of the hour isn't really black?

What if he's just another (gulp) politician!

What would happen to all our dreams of HOPE and CHANGE?

What would I tell my 16-year old half-black son?

Will he have to wait 400 more years to receive some CHANGE and HOPE for his black half?

As a young and edecutad voter, I am concerned about race.

Specifically, I am concerned about racial imperfections in otherwise black-appearing Negroes. Moreover, how can we, as the worldwide global community of America, weed out white impurities from the genetic make-up of our elected black officials?

What is the Final Solution? 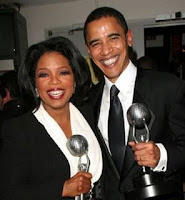 The scene opens with two RATS, one a COUNTRY RAT and the other a CITY RAT, scurrying across a stage which has been painstakingly designed in such an ambiguous manner in order to confuse the audience as to whether or not the RATS are in the CITY or in the COUNTRY.

The COUNTRY RAT and the CITY RAT pause to reflect.

COUNTRY RAT:
Which rat am I supposed to be again? I think I'm the Country Rat.

CITY RAT:
Actually, I thought I was the Country Rat.

COUNTRY RAT:
Don't get me wrong. I wouldn't mind being the City Rat myself. It sounds a lot more interesting.

CITY RAT:
Maybe I should be the City Rat in that case. (polite rat laughter)

COUNTRY RAT:
Well, let's think about this for a second. You live in Manhattan. I live in Queens. Now, I would say that aside from the up-and-coming neighborhoods of Astoria or Long Island City, Queens is a bit more like the rolling plains of the Wild West. Whereas Manhattan, you'd have to agree, is the textbook definition of "city". 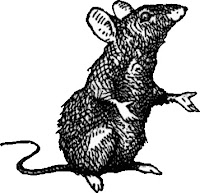 True enough. Yet if you happen to be walking around Times Square or even St. Mark's Place, you see all these hayseed tourists from middle America. Conversely, out in the shadier areas of Queens or Brooklyn, you're interacting largely with native New Yorkers. And in that sense, you'd have a greater claim to being the City Rat than I would.

COUNTRY RAT:
I hear where you're coming from and I think that's more than fair. But it also begs the question: are the respective monikers of "Country Rat" and "City Rat" contingent upon daily social interactions or on an abundance of vertical architecture?

CITY RAT:
I believe it all comes back to authenticity. Or rather, by what criteria of authentic living experience we're using in regards to the application of these monikers upon ourselves as rats.

CITY RAT:
For example, I would argue that the continued importing of California-styled ideologies into New York culture such as the ban on smoking in public places or the more recent ban on "transfats" in restaurants (conceived of in New York, but undoubtedly influenced by the Californian worship for "health"), has made Manhattan a much more provincial--and therefore "countrified", if you will--place to live. Compared to the city it used to be in recent history, that is.

COUNTRY RAT:
Ah so. Yet with the outer boroughs linked as they are to Manhattan through a combination of geographical proximity and an unrivaled public transit system, coupled with the general disdain that the California-influenced measures have evoked within native New Yorkers--as opposed to the ever-forgiving NYU students and other trust-fund transplants mouthing empty platitudes of "health" and "community"--and bearing in mind that native New Yorkers are to be found predominately in the outer boroughs (with the exceptions of the more fru-fru areas of Queens or Brooklyn, particularly hipster-infested Williamsburg), it's quite possible that I am the City Rat after all.

CITY RAT:
Although, if I might posit another scenario--

COUNTRY RAT:
By all means.

CITY RAT:
Perhaps this dichotomy between the terms "city" and "country" is illusory. And perhaps this is why, at this moment, you and I are engaged in an existential struggle for self-definition as postmodern rats.

COUNTRY RAT:
By the way, you want some cheese?

CITY RAT:
No thanks. I don't eat dairy.

COUNTRY RAT:
See, now I would call that more of a City Rat thing.

CITY RAT:
Not eating dairy? Really? You think so?

In a way. For instance, if you associate the term "city" with "commerce" and can grasp the connection between success in commerce and a concurrent abundance of personalized leisure time, the likelihood of making a moral decision about eating or not eating dairy/meat products is significantly greater than if you were just some country rube simply looking to fill his rat-belly at the end of the working day.

CITY RAT:
Right. But the reason I don't eat dairy is not a moral one. I just hate the taste of cheese.

COUNTRY RAT:
In that case, maybe you're not a rat at all.

CITY RAT:
Well, that's a whole 'nother can of worms.

COUNTRY RAT:
Don't get me started on worms! I came down with a case of them last week. Got a hold of some bad cheese. Anyway, what were you saying about the dichotomy of "country" and "city" being illusory?

Well, with all the current sanctimonious jargon of "thinking globally", the sinister and culturally-eroding confluence of insipid organizations and alliances like the WTO, NAFTA, the EU and the UN, the general confusion on the left wing and the right wing over why it's important for nations to have borders, the oppressive yoke of a cynical and thieving media unconcerned about the artistic retardation it promulgates, the unoriginal relativism of postmodern academics, and the politically advantageous fear-mongering on both sides of the right/left divide about "carbon footprints", "climate change", and "mankind's impact on the environment"--perhaps "City Rat" and "Country Rat" are obsolete terms in our present age. More likely is that you and I are nothing more than--

COUNTRY RAT AND CITY RAT
(in unison)
--a couple of Global Rats!

They freeze in place. 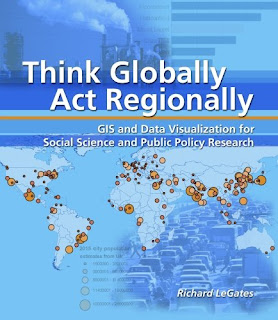 The words "Dissoi Logoi" are Greek words for "different words". The phrase really carries the meaning of contrasting words and it refers to the ancient rhetorical practice of arguing both sides of an issue.