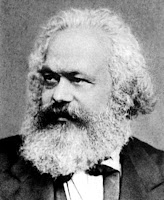 I never wanted to be anti-industry. On the contrary, I actually rather fancied the idea of getting along somehow with the industry. As far as I was concerned, the industry was free to keep on doing its own thing, provided it would let me keep on doing my own thing. But I'm afraid they have left me no choice. Doing my own thing, I now realize, necessitates an anti-industry outlook.

So, yes. I am anti-industry. Or perhaps the industry is anti-me. Who can say?

This was bound to be the case, because I am also innately anti-community. Or, more specifically, anti-manipulation of the word "community" to help perpetuate an industrialized and, therefore, cynical and stale view of the world and its manifold possibilities.

Community should be natural. Not announced.

I have had a big mouth about a number of topics over the years. Except, ironically, the industry. Demonstrating my latent ignorance when it comes to the "business" of the "industry", I believed that by somehow remaining quiet on the topic, industry executives would see my shows and say, "Well, he's definitely pushing the envelope on a lot of sensitive issues that no one's really addressing right now and he's doing it in an individual style that's completely incompatible with our trust-fund mindset, but you know what? He's never said anything bad about the industry. Let's give him a shot."

I am the most optimistic pessimist I have ever met. 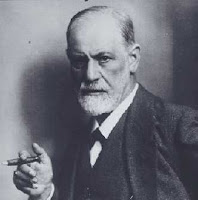 I have a very quick internal tempo. This is why I've always believed in the importance of writing constantly. A day that I can create something is a good day. A day without a new idea to give shape to is a day that I wished I had a gun.

In my mouth. And a whole lot of guts.

See what I mean about a quick internal tempo? See how my brain just crash-landed in the fields of suicidal imagery?

That's because I have a very quick internal tempo. It's wired simultaneously for complete creation and complete destruction.

If I can't have one, I'll take the other. Just not the in-between.

God, I've never known the in-between. I'd hate to live at that tempo. Neither creating nor destroying. Just taking it as it comes.

This is why I left Missouri. And why I had to leave San Francisco. And why I plan on having some glorious kicks here in New York before eventually retiring to England.

Notice how I'm scripting out the rest of my life?

That's because I have a very quick internal tempo.

The industry's tempo can't, or won't, keep up with mine. Except for the British, that is. They were the exception to the rule. I couldn't have scripted it better myself. The only television that I ever truly desired to be on was British. Last year around this time, that dream was realized. It was the Brits who busted my cherry.

"What the BBC tries to do is keep just one step ahead of public opinion," the members of Monty Python were told by a network executive in the early days of the "Flying Circus" series.

Now that's anthemic. And, in all fairness, perhaps something out of the past--not taking into account the worldwide watering down of art and culture that postmodern globalization has made standard across the oceans. Still, the sentiment does seem to be something inextricably linked to the particular beauty of televised British comedy.

1) American television seeks to match public opinion and not shape it.

We are given the illusion of a never-ending stream of choices that only mask a terrifying sameness.

One question you'll hear asked a lot in the American television industry is "Does this idea have legs?" In other words, can it go on indefinitely, generating mass amounts of revenue for years to come?

The WGA strike notwithstanding, why are more writers required to work on the American version of "The Office" than were needed on the British version? Strange, given that the British version was the original. Wouldn't less writers be needed for a remake? After all, the story and characters were already written.

So, like I say, I have to hurry up and rock out here in New York so I can eventually get home to England and start shaping public opinion.

I have a very quick internal tempo. And despite the prevalence of the industry in this town, New York will always be rock-n-roll to me.

Which is good. Because that's my internal tempo.

God save the Queen. 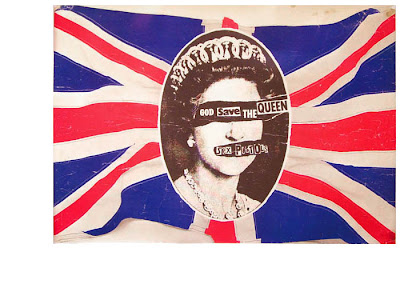