Children Of Color Being Left Behind 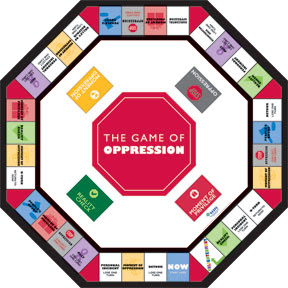 By Timmy Truth
special to the Revolutionicle

A frustrating achievement gap between black and Latino students and their white and Asian American peers shows no sign of abating in the latest state test results for nearly 5 million students across California.

Overall, students of all colors made progress during the past year, but what disturbs many civil rights experts, college students, diversity seminar leaders, and newspaper reporters is what happens when you take a little scalpel and cut the whole state up into different races and economic groups. The difference in achievement among ethnic groups is the most disturbing about the results. State schools chief Jack O'Connell says, "We cannot afford to accept this morally, economically or socially."

Though the scores will be changed in a few months after enough bitching and moaning about disenfranchisement, that doesn't alter the situation today. Many students may have to wait up to two or three weeks until the rules are bent in their favor.

Many people like Timmy Truth, a reporter for the Revolutionicle, believe that education may make a difference in educating children. "Many of these inner-city schools don't have access to educational facilities. So let's blow up a bank." Others, like Timmy Truth, a Revolutionicle reporter, believe economics may play a factor in the achievement gap.

For example, schools which could afford new computers had students who scored higher on Youtube and Myspace proficiency, while inner-city students had to make do with books that had a lot of pages and no pictures. Meghan Hangem, a counselor for causeless social activists says that "schools need more money. They need money. And they also need money. The idea of the old one-room country schoolhouse which turned out well-behaved and well-read young boys and girls is a patriarchal lie concocted in the cauldron of America's sinful past! We need money! You hear me? We need money! Money, goddamnit!"

"The message is clear," says O'Connell, "If you're black, named Jamal or LaShawn, and you listen to your iPod or talk on your cell phone and either get knocked up or shoot somebody and don't show up to take the standardized test--you've already got five strikes against you. And the rules of baseball say three and you're out."

The results also show that children who grow up in households or communities where everything is blamed on white Americans fare poorly in 10th grade history and social science, while schools promoting a feelings and opinions curriculum did not produce as many passing students as schools with a fact-based curriculum. Other findings show that schools that emphasized ethnic and gender-based humanities courses produced little to no students who knew what and when a William Beethoven or Ludwig Van Shakespeare was or is. However, some experts like Timmy Truth, a reporter for the Revolutionicle, believe that racism is the reason for the ethnic and gender-based humanities courses in the first place. Many scholars blame "systemic" racism--a new form of racism discovered in the subatomic structure of the known universe sometime after the passage of the Civil Rights Act of 1964.

For example, when it came to questions such as "are you black?" and "do you come from an African-American community?" and "what color is your skin?" many black students excelled. However, there are many instances in the standardized test of race bias, particularly in such questions as "Which list gives the correct order of food traveling through the digestive system after it is swallowed?" or "If a 7-pound weight stretches a spring a distance of 24.5 inches, how far will the spring stretch if a 12-pound weight is applied?"

If you're white, says O'Connell, the answer is 42. "But if you come from a disenfranchised background where slavery and race and Katrina and black and African-American and blah-blah-blah, it's not as easy."

Admittedly, not all children of color (nee "colored children") fared poorly on the standardized test. Almost 97 percent of all Uncle Toms were at or above grade level in all subjects, but many skeptics believe this to be the result of individuality, integration and Martin Luther King's dream of a color-blind society. Students who were encouraged to "keep it real", however, could barely spell the letter "B".

"I think the message is clear," Garbanzo said in Spanish, "when you issue a standardized test for schoolchildren in California and the language it's written in is English, you're basically telling these children--'we hate you because you're Mexican and we're going to kill you at midnight and leave your body in the ditch.' The California educational system has declared open-season on Mexicans!"

"And on blacks," said O'Connell.

Timmy Truth contributed to this article. 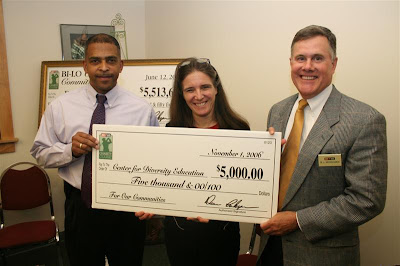